Enterprise Risk Management (ERM): What It Is and Why You Should Care Part 1

• What is enterprise risk?

• The traditional approach of risk management.

• Limitations of the traditional approach to risk management.

The Ultimate Guide to Software and Source Code Escrow - Chapter 12

The ultimate guide to Software and source code escrow Conclusion

The Ultimate Guide to Software and Source Code Escrow - Chapter 11

Do I need to verify my software escrow deposit? 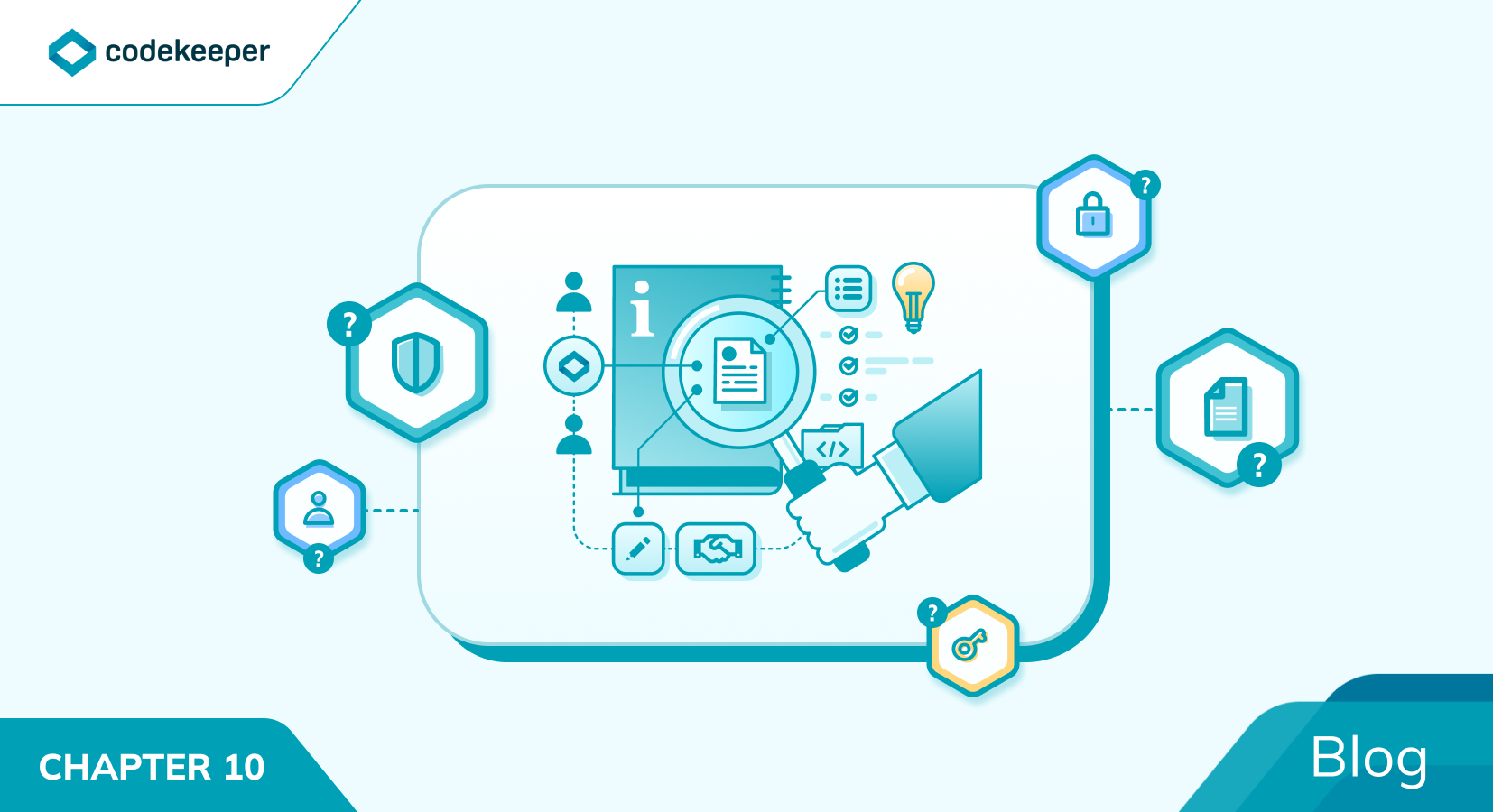 The Ultimate Guide to Software and Source Code Escrow - Chapter 10

What should be deposited in my software escrow?

The Ultimate Guide to Software and Source Code Escrow - Chapter 9

• Is traditional escrow a good choice?

How do I choose the right software escrow?

What would be the best choice for you; a more traditional source code escrow or an automated solution. In this chapter we will go over both and their unique properties so you can choose the right one for you.

A more traditional source code escrow service was originally intended for a traditional software product, which is different from today’s software in many ways, but most significantly in that it is downloaded to hardware and updated on a periodic, scheduled basis — typically once or twice a year

This frequency was enough back in the day because the actual source code only really changed one to two times per year. So if a beneficiary was eligible for an escrow release, they were likely to get the most recent source code.

Traditional escrow agents tend to employ the waterfall development model, which is a “far less iterative and flexible approach, as progress flows in largely one direction ("downwards" like a waterfall) through the phases of conception, initiation, analysis, design, construction, testing, deployment and maintenance.”

Besides being less iterative and flexible, as a more labor-intensive solution, this approach is also much slower and significantly more expensive. This is especially true when a traditional escrow provider takes on SaaS companies as clients, who innately have greater needs — especially in terms of ongoing updates. This means the escrow agent has to perform more services and dedicate more resources and workers to meeting their SaaS customers’ needs.

One way in which this manifests is with deposits. It’s not uncommon to see considerable additional charges for licensors whenever it’s necessary to deposit a new version of a software; or for end-users, whenever they need to access new features and functionalities.

In the same vein, the backup and storage of data are not likely to be addressed in a traditional source code escrow agreement. Having access to the most up-to-date source code, as well as all accompanying materials and data necessary for a successful recovery, is a prerequisite to a successful software escrow relationship. From the perspective of the end-user, this is an absolute must-have for any source code escrow agreement today.

Needless to say, traditional software escrow solutions were not designed for the agile software development methods that we see in SaaS environments today, where software is updated on an ongoing basis. Should the software supplier or the customer ever need to rely on the source code being up-to-date, a traditional solution would typically not be the most effective way of escrowing software.

Insider Secrets: Getting the Best Out of Your Software Suppliers

• Use a source code escrow service.

• Ask for documentation to be included with the source code

• Be prepared for common supplier objections

We get it! Working with a supplier can be anxiety-provoking; you’re putting someone else in control of a major component of your business, your software.

Luckily, there are ways to ensure that both you and your suppliers feel safe about your partnership.

Don’t want to worry about what happens if the software vendor goes out of business?
Concerned about not having access to the source code and other materials you need to maintain and update your software?

Don’t want to think about what could happen to your business if your supplier discontinues the maintenance and support of the software?

No worries. We’ve got the insider secrets you need to get the best out of your software suppliers…

Use a source code escrow service.

You’ll be thankful that you did this. It’s important to have insurance when working with a supplier. A source code escrow service acts as the third-party intermediary for software licensing agreements.


All those concerns you had about working with a software vendor? Source code escrow resolves those, so you don’t have to worry about them.

An escrow service helps you set up a legal agreement between your company and the supplier that states exactly what happens if one of those risky events occurs. If your supplier goes out of business, that triggers the release of the source code and other materials to you as the beneficiary of the code.
With source code escrow services there are no concerns that you’ll be left without the data and resources you need to continue using business-essential software applications.

Ask for documentation to be included with the source code.

Just because you have the original code doesn’t mean that you can make sense of where issues may lie or where updates belong in the code. Even the most well-written code needs supporting documentation to make clear how it fits with other software components.
Let’s say one of the release events does happen, and you need to take control of maintenance and updates of the software, as the source code beneficiary. Without documentation, it’s going to take a lot longer for your new development team to figure out what they’re doing.

So as you enter a source code escrow licensing agreement, make sure that you ask for the software vendor to include documentation and any other essential information for maintaining, updating, and supporting the software. All of this information should be put into the software escrow along with the source code.

Be prepared for common supplier objections.

Sometimes it can be difficult to get your supplier on board with using a source code escrow service. Here are some of the common objections that we see, as well as how you can respond to them:

Objection one: The licensee doesn’t have the know-how to use the source code if it gets released from escrow.

It’s understandable that a software vendor wants to protect their creations. But in the case that release conditions are met for source code escrow, that means that either the supplier has gone out of business themselves and has no need of the source code anymore, or they have breached a legal agreement that nullifies their rights to the code.
The Response:

Remind your supplier that it is unlikely that release conditions will be met, as long as they are upholding their end of the agreement. If they press the issue that you won’t be able to use the source code anyway, remind them that in the event the source code is released to you, you will be able to find developers to work with who are able to make sense of the source code.
Objection two: The escrow won’t get updated as software changes occur.

Your supplier may argue that releasing the source code to you in the event that it is necessary won’t do any good because it will only include the original code and not the updates that have been made to it.
The Response:

Actually, if you use a modern software escrow service as CodeKeeper you can easily settle the supplier’s concerns about this. With integrations to the code repositories, code changes can be automatically added to the escrow as they are made. And the code is still safe within the escrow, protecting the supplier’s business as well.
END_OF_DOCUMENT_TOKEN_TO_BE_REPLACED
3 minute read
❮
1 2 3 4 5
❯

Codekeeper provides you with solutions to make sure your IT runs smooth even when disaster strikes. 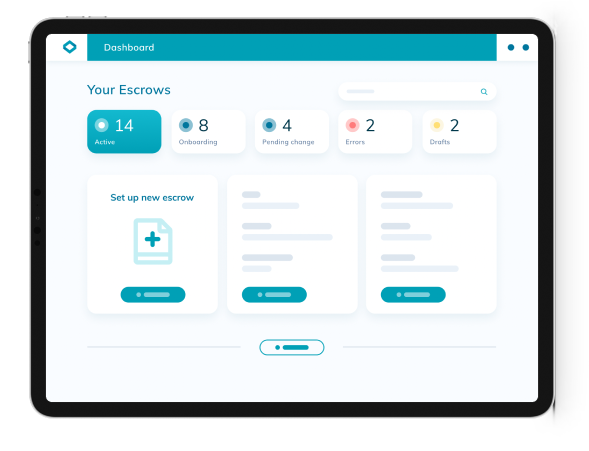